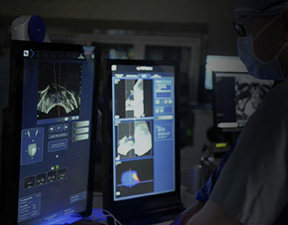 EDAP TMS SA, the global leader in robotic energy-based therapies, today announced that the U.S. Centers for Medicare and Medicaid Services (CMS) has released its proposed outpatient prospective payment system (OPPS) reimbursement rule for calendar year 2023 (CY23). For a hospital performing a Focal One HIFU prostate ablation on an outpatient basis, the proposed rule would increase the reimbursement level to an Ambulatory Payment Classification (APC) level 6, as compared to APC level 5 currently. This would result in an increase in reimbursement to a hospital performing a HIFU (High-Intensity Focused Ultrasound) procedure on a Medicare patient to $8,711 per procedure as a national average, adjusted locally based on the wage index, as compared to $4,506 currently as a national average, adjusted locally based on the wage index. The increase to APC level 6 has positive implications for patients beyond Medicare since many commercial payors have begun to cover focal HIFU for their members. Commercial payment and access policies are influenced by Medicare policy and reimbursement decisions.

Ryan Rhodes, Chief Executive Officer of EDAP US, stated, “This proposed rule reflects the realization of the appropriate value of HIFU within the prostate care continuum, particularly relative to more invasive treatments like radical surgery or radiation. If the final rule maintains the increase in reimbursement levels being proposed here, we believe this would be a significant catalyst to accelerating access for facilities and their patients to the benefits of focal HIFU.”

Comments on the proposed rule are due by September 30, and the final rule is anticipated in November. The policies and payment rates in the final rule will generally take effect Jan. 1, 2023.