Home  / About EDAP TMS  / A tradition of innovation

A tradition of innovation

Since it was founded in 1979, EDAP TMS has been committed to introducing new and innovative technologies for a minimally-invasive approach to treating urological disorders. These proprietary technologies such as Focused Ultrasound or Piezo-electric shock waves have yielded new minimally invasive procedures for the treatment of several pathologies such as benign prostatic hyperplasia, localized prostate cancer or urinary tract stones. EDAP TMS' design philosophy is to develop minimally-invasive devices for the benefit of the patient associating treatment efficacy and safety. The strength of EDAP TMS Research and Development activity is to master mechanical, acoustic, electronic and IT technologies to produce state-of-the-art and ergonomic medical devices.

40 years of innovation in non-invasive Therapies

By constantly investing in R&D, and by partnering with renowned medical research institutions (basic research and clinical research) EDAP TMS has developed a large patent portfolio based on its innovative technologies. The company annually invests 10% of its revenues in Research & Development activities (R&D) to maintain and strengthen its level of innovation and research. EDAP TMS develops innovate projects with the financial support of institutional partners such as, Agence National de la Recherche, BPI France, the DIRECCTE, the Grand Lyon, the Auvergne Rhône-Alpes Region.

Focal One® is launched upon CE mark approval. It combines elastic fusion with MRI together with a new Dynamic Focusing HIFU probe and Contrast-Enhanced Ultrasound in order to provide the optimal tool for focal therapy of Prostate Cancer. 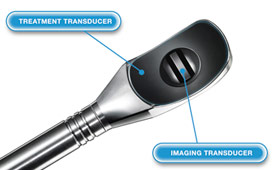 The first multicenter study on Ablatherm® HIFU is launched. 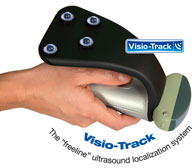 Introduced with the launch of the Sonolith® i-move, the Visio-Track system allows a freeline ultrasound localization and tracking for a reduced radiation dose during ESWL treatments.

Introduced with the launch of Sonolith® i-sys, the Stone Locking system allows the automatic positioning of the shockwave source on the target based on the X-Ray or Ultrasound image.

Cooperation between EDAP TMS and the INSERM (French Institute of Medical Research) leading to the development of the Sonolith® 2000 equipped with a conventional electrohydraulic generator.